Rome is the capital of the Italian Republic, and it is the most populous and largest municipality in Italy and is among Europe’s major capitals in terms of the amount of terrain it covers.

It is the city with the highest concentration of historical and architectural riches in the world. Its historical center, outlined by the enclosing Aurelian Walls, layering nearly three thousand years of antiquity, is an invaluable testimony to the European western world’s cultural, artistic and historical legacy and in 1980 it was, together with the Holy See’s property beyond the confines of the Vatican State as well as the Basilica of St. Paul outside the Walls, were added to UNESCO’s World Heritage List .

Rome, the heart of Catholic Christianity, is the only city in the world to host an entire foreign state within its confines, the enclave of the Vatican City, and it is for this very reason that it is often referred to as the capital of two States.

Over 16% of the world’s cultural treasures are located in Rome (70% in all of Italy).

With around 52 thousand hectares of agricultural land, Rome is Europe’s greenest city. As well as its public parks, Rome boasts a great deal more greenery, as well as agriculture on its outskirts.

The protected zones cover 40 thousand hectares. Rome is Europe’s largest agricultural municipality with 517 square meters of agriculture accounting for 40% of its total surface.

In addition to the municipal emblem, there is the Capitoline wolf, the bronze statue depicting the legendary she-wolf suckling the twins Romulus and Remus; the Colosseum, ancient Rome’s largest amphitheater, which was also listed in 2007 as one of the seven wonders of the modern world (the only one in Europe); the dome of St. Peter’s Basilica in the Vatican, dominating the entire city and symbolizing Christianity. The symbol of the city in antiquity was the military effigy of an imperial eagle, while in the Middle Ages it was a lion, denoting supremacy.

April, 21st is Rome’s Christmas, celebrating, in costume, with cultural events and festivities, the date traditionally believed to be when Romulus founded the city (753 A.D.). 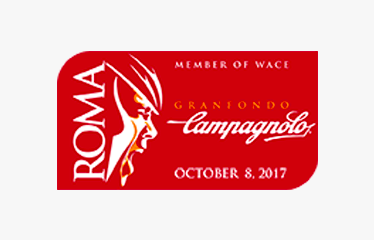